Home PageBlogCan A Brain Injury Occur if a Victim Does Not Lose Consciousness?

Can A Brain Injury Occur if a Victim Does Not Lose Consciousness? 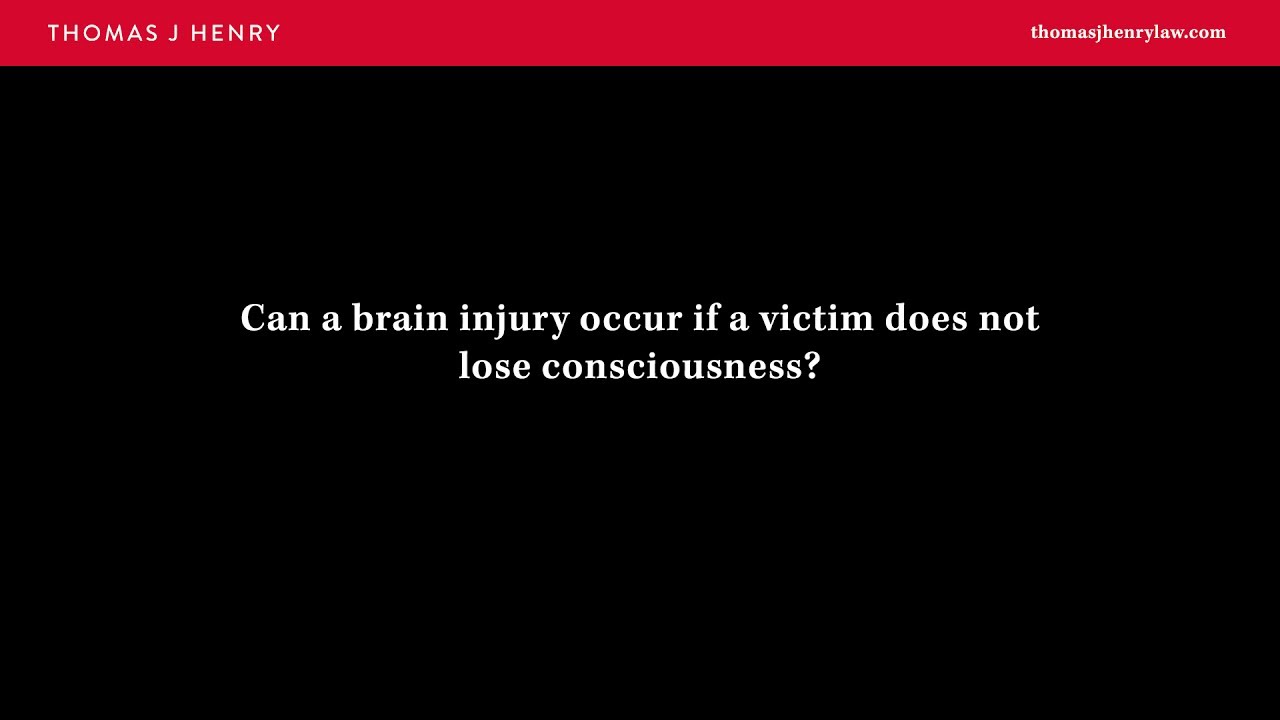 It is a common misconception that a brain injury can only occur if the victim loses consciousness; however, there is growing evidence indicating that you can sustain a traumatic brain injury (TBI) without loss of consciousness.

What Is a Traumatic Brain Injury?

A traumatic brain injury (TBI) is an injury to the head that disrupts normal brain function. This can occur in the form of a blow, jolt, or bump to the head or as a penetrating head injury.

According to the U.S. Centers for Disease Control and Prevention (CDC), about 2.5 million emergency department visits, hospitalizations, and deaths are attributed to TBIs every year. In additional, there are roughly 5.3 million people living with TBI-related disabilities.

How Do I Know if I Suffered a Brain Injury if I Didn’t Lose Consciousness?

Brain injuries can be tough to identify. For example, while neuroimaging can be helpful, particularly in identifying moderate or severe cases of TBI, they may miss the majority of mild TBI cases. Because of this, mild brain injuries, like those that occur without loss of consciousness, are typically diagnosed by evaluation of the symptoms a person reports.

Symptoms of a mild brain injury may include:

Do Mild Concussions Have Long-Term Effects?

Despite the name, the actual long-term effects of a mild TBI are in no way mild. Studies have indicated that it can take up to 10 years to fully recover from a TBI. Even then, survivors may be left with cognitive, sensory, motor, and emotional impairments for the rest of their life.

There is also evidence that individuals who suffer traumatic brain injuries are at an increased risk of developing Alzheimer’s disease and Parkinson’s disease.

The majority of TBI cases between 2006 and 2010 in the United States were caused by four different events: falls, motor vehicle accidents, assault, or struck by/against an object.

What Are My Legal Options If I Have Suffered a Brain Injury?

If you or someone you love has suffered a TBI, you may choose to hire an attorney to help you recover damages. An attorney can help relieve the burdens faced by TBI survivors and their families by working to get compensation for:

If you or a loved one have sustained a traumatic brain injury in a car crash, at work, or in any other accident, contact Thomas J. Henry Injury Attorneys. Oftentimes, people suffering from TBIs require extended hospital stays, medical procedures, and rehabilitation services. Medical bills can start to pile up, causing unneeded stress for individuals who should be focusing on recovery. Our experienced traumatic brain injury attorneys can relieve you of the hassle and stress and let you focus on healing. At Thomas J. Henry, our team of legal professionals will diligently work to put you in the best position possible to receive maximum compensation for your traumatic brain injury. Contact us today for a free case review.