A traumatic brain injury (TBI) is a blow, jolt, or bump to the head or a penetrating head injury that disrupts normal brain function. Complications can be permanent and life-changing.

If you’ve suffered a brain injury, do not wait. Call Thomas J. Henry for a free case review with one of our TBI attorneys.

Understanding the Severity of a Traumatic Brain Injury

An estimated 2.5 million emergency department visits, hospitalizations, and deaths were attributed to TBIs in 2010 alone, according to the Centers for Disease Control and Prevention (CDC). In the United States, approximately 5.3 million people are living with TBI-related disabilities.

The majority of TBI cases between 2006 and 2010 in the United States were caused by four different events: falls, motor vehicle accidents, assault, or struck by/against an object.

Accidental hit by object — Unintentional blunt trauma accounted for 15.5 percent of traumatic brain injuries. In children under the age of 15, blunt trauma was the cause of TBI in 24 percent of cases. Oftentimes these injuries occur on the job, such as at a construction site or oilfield.

Assault — Approximately 10 percent of TBIs were caused by assault, and about 75 percent of these injuries occurred in people between the age of 15 and 44.

A traumatic brain injury can also occur due to the brain receiving too little oxygen. This may happen when a person is choking, drowning, during strangulation, or a medical mistake. Anoxic or hypoxic brain injuries can lead to serious injuries, coma, and death.

If you or a loved one have sustained a traumatic brain injury in a car crash, at work, or in any other accident, contact Thomas J. Henry Injury Attorneys. Oftentimes, people suffering from TBIs require extended hospital stays, medical procedures, and rehabilitation services. Medical bills can start to pile up, causing unneeded stress for individuals who should be focusing on recovery. Our experienced brain injury attorneys can relieve you of the hassle and stress and let you focus on healing.

At Thomas J. Henry, our team of legal professionals will diligently work to put you in the best position possible to receive maximum compensation for your traumatic brain injury. Contact us today for a free case review. Our firm has offices in Corpus Christi, San Antonio, Austin, and Dallas serving clients across Texas and nationwide.

Following a traumatic brain injury, there are always more questions than answers. At Thomas J. Henry, we’re here to answer any questions you have about your injury case.

A traumatic brain injury – or TBI – is a sudden disruptive interference of normal brain functioning. It often can create dysfunction in the brain after a serious blow to the head and is most common in car crashes or being harshly struck in sports-related accidents.

Knowing the warning signs of a traumatic brain injury can improve the recovery process and increase the chance of positive outcomes. Some symptoms are easily recognizable, quick to find, and can resolve within days. However, more severe TBIs are much more difficult to notice and can cause symptoms that last for weeks, months, or years.

The following symptoms may indicate a severe traumatic brain injury and may require immediate medical attention:

A TBI can be an injury sustained by any individual. Infants can be at a higher risk due to falls. Males around the ages of 14-24 are at the highest risk. Those involved in wrecks are also at very high risk for developing a TBI.

A TBI can lead to a variety of health issues ranging from memory loss and trouble sleeping to seizures, coma, and death. Studies have indicated that it can take up to 10 years to fully recover from a TBI. The cost can be a tremendous burden on the individuals and their families, but that is only the beginning. Survivors may also suffer cognitive, sensory, motor, and emotional impairments for the rest of their lives. People who sustain traumatic brain injuries are at an increased risk of developing Alzheimer’s disease and Parkinson’s disease.

It is important to recognize when you or a loved one has suffered from a TBI. Catastrophic injuries, illnesses, or death can occur if multiple mild traumatic brain injuries are suffered within a short period of time.

If you or someone you love has suffered a TBI, you may choose to hire an attorney to help you recover damages. An attorney can help relieve the burdens faced by TBI survivors and their families by working to get compensation for:

TBI settlements are decided upon by financial factors due to the severity of the injury (costs of medical care, loss of income, etc.) as well as emotional or physical distresses. The impact of the injury on brain function also plays a strong role. Compensation can vary from a few thousand to over a million depending on factors of the incident. Police have arrested a man suspected of driving a dump truck which ran over a man on a bicycle. The driver fled the scene after the crash. Two people are dead and three others are injured following a two-vehicle crash on San Antonio’s West Side. 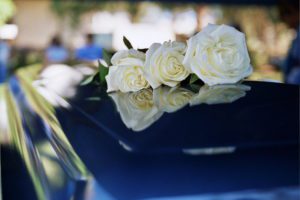 Two children were killed and eight other people were injured following a crash at a drag-racing event in Kerrville. The Texas Department of Public Safety (DPS) is investigating a three-vehicle crash that killed one near Groveton. Police say the crash involved two passenger vehicles and a tractor-trailer hauling logs.

string(30) "traumatic-brain-injury-lawyers"
Loading...
Do you really want to end conversation?