Home PageBlogCan I Sue the Manufacturer of the Tire for My Tire Failure Injuries?

Can I Sue the Manufacturer of the Tire for My Tire Failure Injuries? 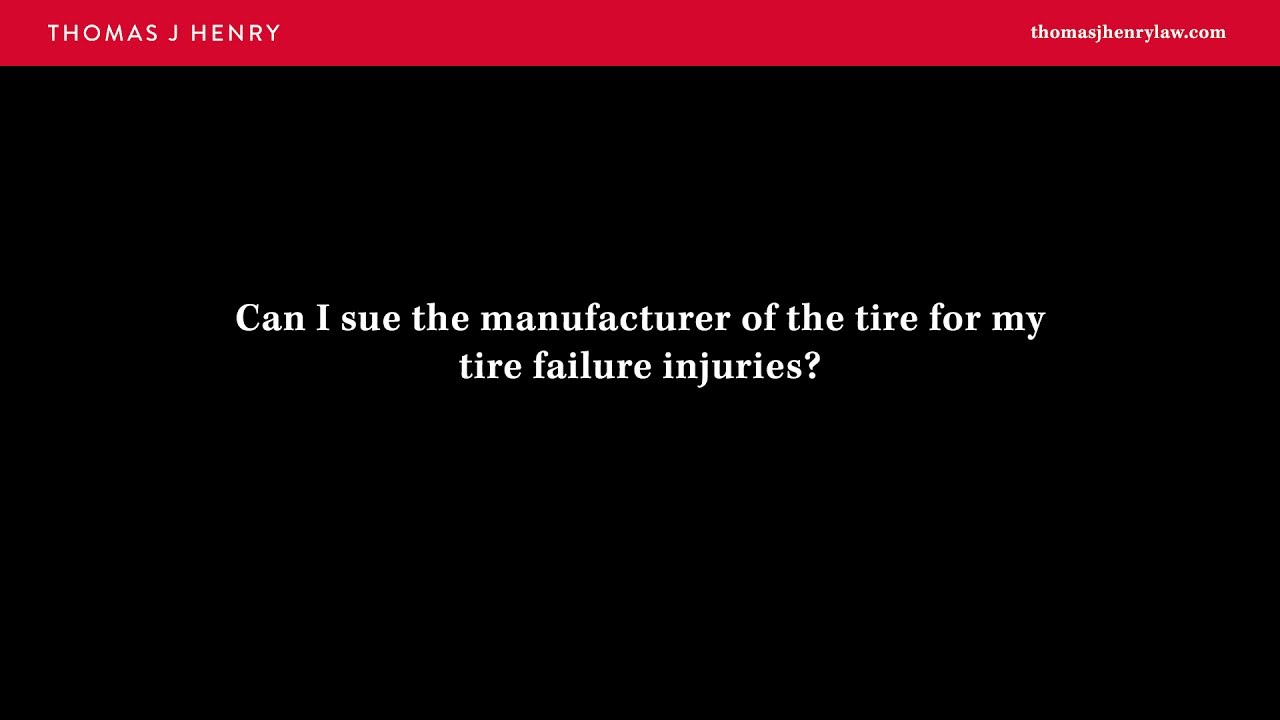 If you were involved in an auto accident where you had a tire malfunction or detread, you may be able to pursue compensation from the tire manufacturer.

What are Common Causes of the Tire Defects?

According to the National Highway Traffic Safety Administration (NHTSA), defective tires are responsible for roughly 8,000 motor vehicle accidents every year. An additional report by Michelin estimated that 535 deaths result from tire blowouts each year.

Among the leading causes of tire defects:

How To Detect Tire Tread Separation in Defective Tires

If a tire is known to be defective, the company may be required to issue a nationwide recall. The National Highway Traffic Safety Administration publishes tire recall information at SaferCar.gov.

Since the passage of the National Traffic and Motor Vehicle Safety Act in 1966, there have been more than 24 million tires recalled for safety defects. Notable tire recalls include:

What I Should I Do if I Believe My Accident Was the Result of a Defective Tire?

Thomas J. Henry Injury Attorneys are leaders in the area of product liability litigation. Our Defective Drug and Products Division have extensive knowledge and resources in order to represent our clients efficiently and aggressively. We represent a multitude of people who are battling against manufacturers of defective tires and tire parts.

Your choice does matter. If you or a loved one has been injured in an auto accident caused by a defective or recalled tire, call Thomas J. Henry Injury Attorneys immediately. We represent clients/victims all over the country. We are available 24/7, nights and weekends.