Home PageBlogWhat if I am Partially to Blame for my Injuries Caused by Another Person?

What if I am Partially to Blame for my Injuries Caused by Another Person? 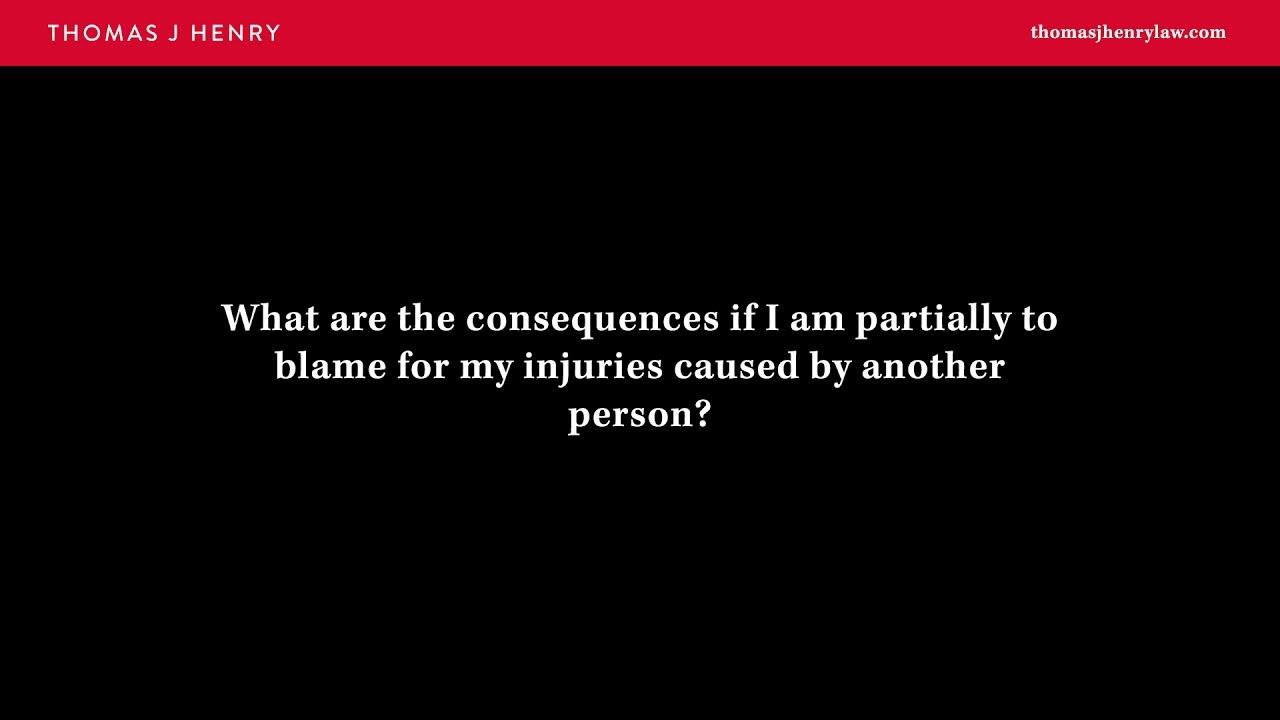 People sustain injuries in automobile accidents every day in the United States. In many cases, it can be tough to tell who is responsible for an accident in the immediate aftermath. For example, “Driver A” pulls out of her driveway without checking for oncoming traffic and is struck by “Driver B” travelling 25 miles above the speed limit. A common misconception is that “Driver A” won’t be able to recover compensation if she is found to be partially at fault for the accident that caused her injuries.

Oftentimes, the percentage of responsibility can be negotiated between the plaintiff and the defendant’s legal team or insurance company before ever reaching trial. If the case goes to trial, it is then up to the jury to decide what percentage of fault the plaintiff has for their injuries.

Depending on the state where the accident occurred, “Driver A” in the example above may still make a recovery, even if a jury determines that she shares fault in the accident that caused her injury. In addition, the total amount that “Driver A” is able to recover can be decided by how at-fault she was determined to be.

Pure contributory negligence is only recognized in four states plus the District of Columbia. In these jurisdictions, if an injured party shares any amount of fault for the accident, they are unable to recover damages. For example, if a plaintiff is found to have been ten percent, five percent, or even one percent at-fault for the accident that caused their injury, they are unable to claim compensation from the other party. Alabama, Maryland, North Carolina, Virginia, and the District of Columbia recognize pure contributory negligence.

If you or a loved one have been injured in an accident, call Thomas J. Henry. You may think that your actions contributed to an accident that led to your injuries, but this does not necessarily preclude you from receiving compensation. Alternatively, the at-fault party’s defense team may attempt to shed liability from their client and put it on the injured party to lower the recovery amount. Our team of accident lawyers are available 24/7, nights and weekends to evaluate your claim. Contact us today and speak with attorney about your accident. Let us help you protect your rights as an accident victim and get you the compensation you deserve.