Originally from Albuquerque, New Mexico, Mr. Russell Jackson moved to Texas in 2006 when he enrolled at St. Mary’s University School of Law in San Antonio. Mr. Jackson began his legal career working for insurance companies defending personal injury lawsuits, but soon realized his true calling was representing individuals and families who have been harmed by the wrongdoing of others. Since 2011, Mr. Jackson has exclusively represented plaintiffs in personal injury and wrongful death cases. Mr. Jackson has tried numerous cases to verdict in courts throughout Texas. In 2018, Mr. Jackson obtained a multi-million dollar jury verdict for the families of a mother and daughter who were tragically killed by an intoxicated driver. Mr. Jackson brings energy and passion to the practice of law, providing his clients the best possible representation during every phase of their case.

In his spare time, Mr. Jackson enjoys spending time with his fiancée and their two Great Danes.

“I wanted to practice personal injury at the highest level. I knew I’d get that opportunity with Thomas J. Henry.

I was in trial the second or third week I was on the job. There’s no better learning experience than that.

I’ve had a chance to learn a lot more than I was ever expecting to. My first few months on the job, I worked closely with the senior level attorneys. I was provided training pretty much weekly on learning new techniques, new strategies, how to work up a case.

A lot of people don’t believe, when I tell them I work with Thomas J. Henry, they assume he just makes the commercials. He’s very hands-on. He’s very, very much involved.

I have more staff now than I ever had in my career. If I need an expert, if I need to go out and spend money to develop a case, I know that I’m going to get that at Thomas J. Henry. He doesn’t shy away from that.

If you want to be a good trial lawyer, this is the place to be. There is a never-ending stream of cases here. I’ve worked at other firms where sometimes you don’t know what case you’re going to work on next week or next month. At Thomas J. Henry, the work is here. You will never have that problem. You will never have to worry about, “Is there going to be another case for me to work on?” because they have so many cases. There is huge, huge job security here. The sky’s the limit here.

Whether you’re fresh out of law school or if you’ve been practicing law for 30 years, there’s a spot for you at Thomas J. Henry.”

At Thomas J. Henry Law, our guiding principle is to provide our clients with the best legal representation possible for their personal injury case. Our 200+ attorneys fight diligently for their injured clients each and every day, striving to achieve justice and the compensation they deserve for the life-altering injuries they sustain. We greatly value our clients’ feedback — see what Russell Jackson’s clients had to say about their experience.

Russell Jackson was the one who helped me with my case. He did an amazing job, and was very helpful through every step of the process. — Erick Aleman

Russell was professional and courteous when dealing with my case. The whole situation was handled in just a few months and he kept me in the loop the whole time! What a great guy!!!! — Glen Diesel 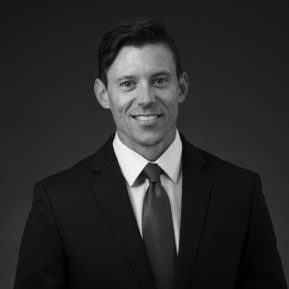