What is Distracted Driving? 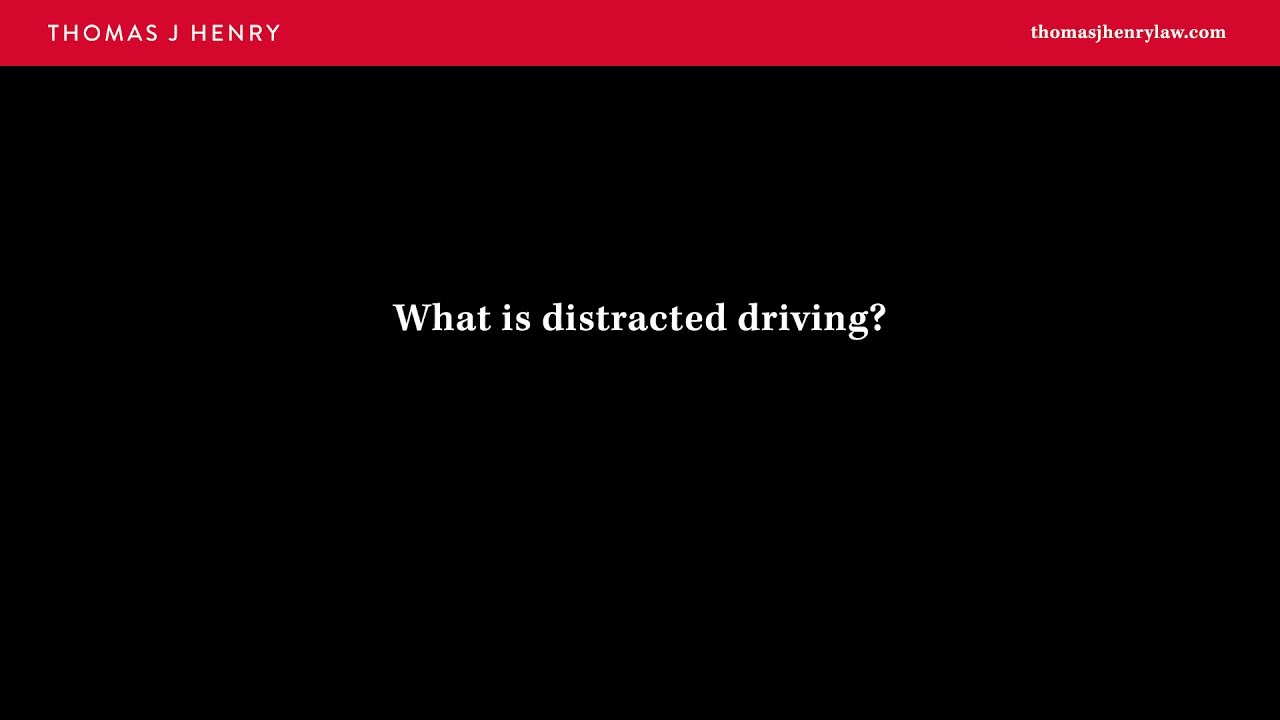 Distracted driving is characterized by any activity that diverts the driver’s attention away from the roadway. This sort of reckless behavior oftentimes leads to a car wreck and catastrophic injuries, and in the most severe cases even death can occur. The most commonly thought-of mode of distraction is cell phone usage — talking, texting, changing music, and viewing GPS all cause a person’s attention to be drawn away from the road ahead. But would you be surprised to find out that even hands-free usage of a cell phone is considered a distraction?

Many Americans have opted to use hands-free options while driving for safety and convenience (and in some municipalities, cities, and states, to obey the law). Headsets, Bluetooth dashboard systems, and a cell phone’s speakerphone allow drivers to seemingly maneuver the roadways in a safer fashion than holding it directly to their ear. However, according to the National Safety Council (NSC), a driver’s field of view narrows while talking on the phone in any capacity. Drivers can miss seeing up to 50 percent of what’s around them when looking out their windshield.

According to the United States Department of Transportation, a driver must be free of visual, manual, and cognitive distractions in order to operate a vehicle safely. Hands-free cell phone use allows a driver to maintain the visual (eyes on the road) and manual (hands on the wheel) requirements of driving, but not the cognitive aspect. The area of the brain that processes moving images decreased by up to 1/3 when talking on a phone.

The dangers of texting while driving are strikingly apparent when you consider that a driver is distracted visually, manually, and cognitively at the same time when reading or sending a text.

In many cases, Thomas J. Henry has employed expert witnesses who have established that distracted driving can be as dangerous as drunk driving.

Beyond cell phone usage, there are many other factors and actions that cause driver distraction.

How Serious is Distracted Driving in the United States?

“It’s an epidemic in our country. It’s causing injuries and death every single day, and it’s something that’s got to be stopped.”

To help explain exactly how dangerous the act of distracted driving is, the National Highway Traffic Safety Administration (NHTSA) revealed that the average time your eyes are off the road while texting is five seconds — at 55 mph, this is enough time to cover the length of a football field blindfolded.

What Should You Do After Being Hit by a Distracted Driver?

Our team of lawyers is available 24/7, nights and weekends. If you or a loved one have been injured in a distracted driving crash, contact Thomas J. Henry for a free case consultation.